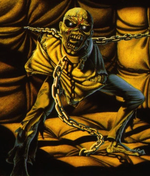 Spoiler:
Q: Whats up with the focus on combat? Like, visual improvement or something else?

A: Everything really, just making combat look and feel great in every sense! (sorry can't really give details)

Q: May I presume that this focus has to do with polishing the combat to make it presentable for a beta and/or something like balance testing?

A: You certainly may! (and would be right to do so

Q: I would like to ask about characters aging system. You've mentioned this feature in one of the previous blogs, promissing to speak about it in the future. I wonder if anything changed in this matter? I mean, you're still sure this will be in-game feature?

A: Unfortunately it's not the right time (or really the right platform) to talk about unrevealed aspects of these features. Nothing is a guarantee and although we try to avoid it, everything has the potential to be changed entirely or dropped altogether; such is the nature of game development. However, we have made every effort to ensure that features we mention are either fully/partially implemented or planned with a very high degree of certainty (which isn't a response to the actions of or reactions to actions of any other company - it has always been our approach!). We don't just mention things without consideration and permanent character death is still something you can expect to see in the game. That hasn't changed.

It's simply the case that discussing finer details of the feature wouldn't be appropriate right now, to avoid giving information that could end up misleading, in relation to Bannerlord as a final product.

Q: Actually there is ongoing a closed beta testing or not?? I think this is a main question inside here.

A: No external testing (i.e. using players from outside of the company) of any kind has been carried out for Bannerlord in the past, nor is there any ongoing.

Anyone who tells you otherwise is either misinformed or lying!

Q:  Are the hair textures going to be improved? The battanian defense siege showcases the character hair and it looks extremely static

A: Being static isn't strictly related to the texture. If you're asking whether or not hair will have any physical properties in the future, I cannot and really ought not say right now. It's not something we haven't considered but it is taxing in terms of both development time required and performance. Nevertheless, feedback noted!

Q: Are the animations of walking and running final?

A: Nothing is necessarily final at this point. If you have some thoughts, feel free to share them!

Q: We see shoulder clothing like a wolf's skin, scarf etc. Are these in multiplayer? I think they should, we need more ways to look unique imo in multiplayer.

A: Currently multiplayer uses the same equipment slots as single player and we have no plans to change that. I hope that answers your question.

Q: Will there be shield bashing animations or warcries? They are very popular in mods. By shield bashing I do not mean to knockdown an enemy, but hitting your weapon to your shield for adrenaline/taunting reasons.

A: Can't talk about that I'm afraid.

Q: If I craft a sword and I kill many Lords with it, does its value increase since the fame of the wielder and the sword itself are increased? Would be cool to be able to sell that has slain many lords and has increased value.

A: Nope, can't answer this either.

A: No :S. They don't really have an equivalent among Warband's factions. Culturally they're mainly inspired by british celtic cultures, specifically the picts. The key word is "inspired" though.

Q: It hasn't really been put out in the past, but could you perhaps give an estimate on how many players can play in multiplayer in Bannerlord? It doesn't have to be an exact answer, but can it be more than in Warband, say more than 200 players?

A :We certainly have high ambitions in this respect but obviously the problem with saying anything is that you can't predict the future, network requirements etc. could change and we haven't tested with numbers above the number of employees in the office. I'll just leave it at "high ambitions" for now. Sorry!

Q: Also, will Taleworlds be attending the PC Gamer Weekender in February?

A: We currently aren't planning to but that's a reflection of our current development goals and cycles, rather than our experience at the event last year! I'm actually a little gutted I don't get to go back this year; PC Gamer were great hosts to us personally, as well as giving us a really fantastic platform to show off the game and find us good audience of M&B players.

Q: Happy new year and basic question regarding game settings: is the ability to turn off permanent character death available. And seperately is the "player takes 1/2 or 1/4th damage" settings in warband still present?

A: 1) Shouldn't talk about it really but currently no.
2) Currently yes.

Q: Can we expect something for our hands within next 2 months ?

A: Really can't talk about dates at all. I want to say that's looking at least a little early though, to be honest.

Q: Hello Guys.Hey Lust did you Guys drop the Coop or are you still working on it

A: The answer to this is still the same as the one Armagan gave in the RPS interview and the one he and I gave in the GameStar interview. Won't hunt for links right now though... sorry!

Q: Thanks for the answers Lust! When I said Battanians, I meant Sturgians, but my brain shut off for some reason.

Q: Is stamina for players and AI going to implemented ?

A: There is currently nothing like this in the game.

Q: Is there any possibility to add a charge feature for troops where they would charge (running and hauling towards the enemy, not just plain running as for example, in warband) on command for period of time?

A: I'm not sure if you're asking about the game or asking whether or not this would be possible to do via modding. Honestly, I can't really talk about it though!

Q: A question about Tactical Single Player AI: can you give an estimate of how it has improved from WB? Will they just blindly charge as they do now, or will they try some slightly more elaborate manouver?

A: Well... I think some of the behaviour we've shown has been slightly more elaborate already. In any case, if that's not enough for you :fruity:, I can certainly say that there are more impressive aspects of tactical AI that haven't yet been shown. To reiterate some of the key points mentioned, we've already said that this behaviour will depend on army sizes and compositions, so different tactics will be selected for different situations. In addition, at the PC Gamer Weekender, we showed a Lord actively placing his troops on high ground, to use as a strong defensive position. There's more to it than that but really I don't want to give too much away!

Q: Is there any particular reason for you to not release any blogs? Or is this how Taleworlds planned its road map. With not too frequent devblogs.

A: I've offered some explanation for this already. What is important to keep in mind is that frequency of blogs does not necessarily correlate to rate of development progress!

Q: Also in the Turkish forum some guy is spreading some news as for Bannerlord to not get finished is a key person who works with the engine. Is such thing really happening? I suppose not.

A: I think you should know better than to believe rumours and gossip! Our previous lead engine programmer did move to another company some time ago. About a year... I think? But that's not the kind of thing that would stop a game from getting finished. While he is a brilliant computer engineer and a lovely bloke, we have a fantastic team of engine programmers and I think they're working very well.

Q: Would you think that it looks promising for us to get the game in Q1 ?

A: I don't really want to get into questions like this. We almost always avoid speculating on release dates for very good reasons (in my opinion) and I've already given something like an answer to a very similar question. 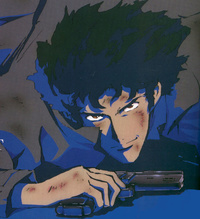 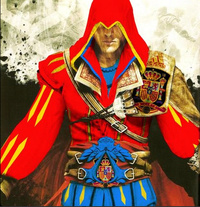 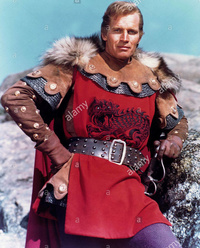 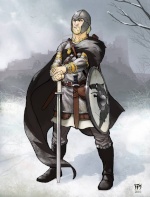