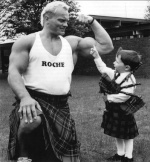 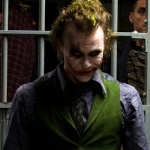 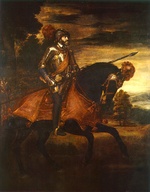 Entrevista:
I've been awake for some thirty-odd hours right now, of which ten spent on a bus: back to Ankara after just 4 days, I almost can't recognize the city. Ice melted, wild dogs packs have been sealed in kennels, girls begin to swarm out in the streets, T-shirts powerfully claim their place in everyday life.
My body by now is fueled by a deadly mixture of coffee, cigarettes and fanboy enthusiasm: I am about to meet Umit Singil, one of the developers of Mount&Blade, Warband, With Fire & Sword and so on.
The meeting is scheduled right after noon, at the Teknokent hub, a group of buildings dedicated to information technology of Middle East Technical University campus. Just enough time to eat a sandwich and get my wallet stolen.
Arrived in Teknokent, calmly and a little embarassed, I begin to wander through offices, looking for the Ikisoft\Taleworlds one. I glimpse a glass-walled studio, and a giant Vaegir knight poster on the side. Bingo.
I knock shyly, and cautiously introduce myself, with my broken Turkish, mingled with English words. While they look for Singil, I have the chance to give the office a look-over: walls are covered with playbills, posters and guys on horseback, Post-its and note pads crowd the desks. In the midst of the knick-knacks which characterize any self-respecting office, though, a book stands out. An Osprey book: Siege Machinery in the middle ages. Bingo, again.
Finally I meet Singil, and we agree to continue with the interview while having a coffee at the nearby Starbucks.
Sitting in front of our mugs of hot (and expensive) coffee, we simultaneously take out two packs of blue Winstons. It's him the one who brakes the ice.
"Do you smoke?"
"Here in Turkey, either you are an active smoker, or a passive smoker."
"Well, no one wants to be passive, right?"
It seems a good start. I take out from my pocket the piece of paper with the questions, and we can finally begin the interview.

Q: You have done a great job, improving the combat system from M&B to WB. Between M&B's horizontal slashes and WB's more florid animations-in which you have added the kick feature-there is a gulf. How do you plan to proceed with M&B2? Will it be simple evolution, or do you consider to completely transform the hit and parry system?
A: We are re-doing everything again, we are not using anything from the old games. As for the game mechanics, I know for sure we are going to work on the parry system. We implemented it into the later versions of Warband. We are also rewriting all the animations for blocking, for example. Blocking was nice, but you know, was a little “blocky”, back then. There are some attacks that you can’t just stop with an upper block, you have to divert it, we are taking care of stuff like that. It’s going to be an evolution, as you said, not a revolution. The combat system is going to be essentially the same, but it’s going to be improved. A lot. We changed programming language and everything…

Q: And what about the module system?
A: there won’t be a module system anymore. It’s going to be a lot more accessible, the whole structure of the game is being rewritten, tenths of times, for the modders to do whatever they please. We created a new game from scratches. What has started as a husband and wife project has expanded, as you know, and the new code began accumulating on top of the old code. It became a little clumsy, it is natural. Have you messed with the shader file, for example?

Q: I didn’t have the courage. But I remember seeing the zombie texture around the folder, a few times.
A: exactly. Many things right now are hard coded, like animations, that can’t be changed without the help of a developer. You won’t have as many limitations in M&B 2.

Q: Regarding the map, will there be a new map? Will the world change, will it remain the same? How’s it going to be for single-player lovers?
A: the game, in terms of campaign and the world itself has changed like three times from now, but we are pretty confident we are going to keep this version. Let’s just say we are going to expand what you already know about Calradia.

Q: You know there had been many successful modifications for the game, and one of the best known is the Strategus – cRPG, which allows the players to have some sort of multiplayer campaign. Will there be any feature like that in the game to come?
A: at this stage a multiplayer, competitive or cooperative looks still pretty difficult to make.

Q: Warband opened a completely new market and a completely new fanbase for the M&B franchise. It also created a new genre for multiplayer games, a niche that some other software houses are trying to exploit. How is Taleworlds going to deal with the competition?
A: Ah, the competition… let’s just say we’ll carry on doing what we can do best: offer some historically plausible, rock-hard gameplay. That’s what we are trying to keep for the multiplayer.

Q: Are you going to focus more on a more accessible playability or are you going to keep on going on the track opened by Warband?
A: Of course, there won’t be anything like a Viking battling a space marine (although it would be awesome n.d.r.), but we won’t be focusing on a specific year. No French vs. English, for example. We are going to expand, stretch and bend it a little. Let’s just say that.

Q: still about the multiplayer, there is a diffused concern regarding TW’s support of the multiplayer community. In regards especially to “official” community sporting events, like the NC and the ENL, and in general the competitive side of the gaming. Will there be in M&B 2 a more stable and organized supports for clans, players, maps?
A: we have been talking about it a lot by now. The Nations’ Cup support, or the new website, which is a little old by now, but was intended to work as some sort of portal page, where you could register your profile, your serial, see the games you owned and stuff like that. Our best effort was put in creating a stable community that supported us, and for which we could produce stuff for. We are also working on some sort of official ladder, a series of official tournaments.

Q: what about players IDs? Will there be a system to officially recognize player names and clans?
A: we are really thinking about it, we like the idea of a player account usable for the forums, the community, the game, the data being gathered in some separate database, accessible from other computers, for example. We are working on it.

Q: And now for a particularly interesting point concerning the Italian community: will there be an official Italian translation?
A: the only translations done until now were done by players, so probably yes. The localizations were made by players who approached us, then the translations would be revised and corrected, and finally accepted.
And it is because the community OWNS the game. There have been contributions, suggestions that have been put into the game. This sense of property is maybe one of the reasons why we have such a loyal and affectionate community.

Q: Still, there has been a recent controversy, which can be somehow told like this: the attitude has changed a lot since the very beginnings where community-developers interaction was the norm, to this day.
A: We are a lot bigger now. When I got hired first, there was five people at TW. Now we are 25. Working on a bigger, better, stronger game. We don’t really have much to show now, not just yet. There has been no official press release, you know, but the word is out there. But once we are ready to show something to you guys, we’ll get back on track, receiving millions and millions of tons of feedback and comments. We are going to get back on track. We are not a huge, faceless corporate company: the community is all we’ve got.
We’ll get back on track, I promise.

Q: the most important question of all: in M&B2 will there be dinosaurs?
A: *laughs* only if you dig deep enough!

Q: speaking of phisics, how will the players interact with the environments in M&B2?
A: It’s still very early to talk, but we would like the game environment to be interactive as much as possible. The ideal would be to have the player pick-up, destroy and throw stuff. We are rebuilding, or should I say building, a physics engine from scratches.

And this is all, for now.
Because of time issues I wasn't able to talk with the big boss, Armagan Yavuz, but as you had a chance to read, Umit Singil matched up to the task, and from what I've seen and heard in Teknokent, as soon as Taleworlds will begin to pull M&B2 videos and images out of the hat, hype will soar.

It's all from Ankara, line to Rome. 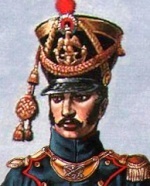 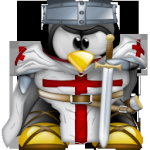