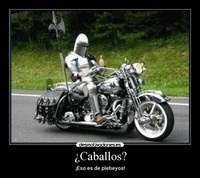 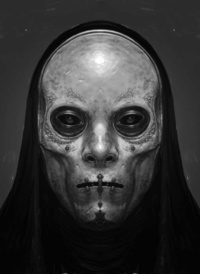 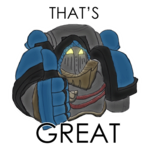 Spoiler:
Prophesy of Pendor v3.9.4 was tested with Mount and Blade Warband version 1.173.


KNOWN ISSUES
1. The "hold F1 flag" can't be used together with advanced formations (jkl keys; like shielsdwall), otherwise selected soldiers MAY start to move backward to the edge of the map. With "advanced formations" use mini-map, "hold this position" and "advance/fall back ten paces" to move groups around. POP's default (build-in Warband's) formations work fine.
2. If during fight enemy stuck in inaccessible area (e.g. inside building structure) use CTRL+F4 (kill one enemy). It is not recognized as a cheat, there is no punishment, but overusing it will kill the fun pretty quickly.
3. If the game become too slow, restart it. Due to Warband memory leak a play session will slow down over time (many reloads accelerate this process).
4. Lords attack player during prisoners escape - restart current game session (Warband bug).
5. "Cows in the water" - remove TexturesHD folder found in the main Warband folder.
6. NPC party stuck on river bank or shore - try right mouse click on it.
7. Very rarely the new garrisons/prisoners hotkeys MAY produce unexplained errors due to improper usage by players (e.g. used "take all prisoners" hotkeys on the garrisoned soldiers). This feature is build on the top of inaccessible part of engine, so use it with care, accordingly to the provided instruction:
- select troops/prisoner stack AND hold one of the keys combination listed below AND press give/hire/take/capture button
-- capture all prisoners - LEFT CTRL + A
-- take all prisoners from garrison - LEFT CTRL + A
-- give all prisoners to garrison - LEFT CTRL + D
-- hire all soldiers - LEFT CTRL + S
-- give all soldiers to garrison - RIGHT CTRL + ARROW LEFT
-- take all soldiers from garrison - RIGHT CTRL + ARROW RIGHT
-- move stack one position up inside garrison - ARROW UP - (doesn't work if single soldier in the stack)
-- move stack one position down inside garrison - ARROW DOWN - (doesn't work if single soldier in the stack)
-- move stack to the top of garrison - PAGE UP - (doesn't work if single soldier in the stack)
-- move stack to the bottom of garrison - PAGE DOWN - (doesn't work if single soldier in the stack)


NOTES
1. If you think that archery deals too much / not enough damage then open "module.ini" file located in the mod folder and find "missile_damage_speed_power = 1.2" . Reduce number (minimum 0.1) to make archery more deadly, increase (maximum 2.0) to obtain opposite result.
2. How to reduce chance for save corruption (apply to any Warband mod):
- when you want to start the new game, restart Warband first
- don't play with realistic saves
- use all 9 save slots (note: if all 9 slots are occupied, the new game can't be started - delete one)
- save in scenes e.g. tavern
- if you want to save on the world map then stop to pause the game, count to 5 (so scripts running in the background have time to finish), press save


BUGS/ISSUES
- added missing penalty for siege retreat when player uses edge of the scene ("Leave area")
- Village Elder quest "rescue daughter":
-- added check to make sure that targeted lord is not imprisoned at the moment when quest is given (as it may take him longer to escape and respawn than duration of the quest)
-- on the rare occasions there was no dialog option to ask quest target lord for a prisoner
- quest "rescue prisoner" - initial +1 relation boost for accepting quest transferred to the reward as may be exploitable: accept quest -> relations +1 -> "can't do it" -> no relation loss -> immediately accept quest again -> ...
- conversation with companion "I'd like to ask you something." - added "go back" dialog option
- added missing hair styles (not new) for woman and custom_woman skins - no more bald Fierdswain and Falcons females; player may easier add new hairstyles (no coding required, just replace placeholders with desired meshes)
- added missing lods for native beard_j
- terrain near Almerra Castle is passable
- fixed glitch: ask Arandur/Quigfen for troops -> see their offer -> press on NPC's portrait -> select any lord -> go back -> different offer, thousands soldiers
- exploit: player is a king -> ask marshal to take fief -> marshal conquers fief and leaves part of siege army (e.g. KO knights) as garrison -> player has unrestricted access to the garrison of the unassigned fief (and takes mentioned free KO knights)
-- player can't take (only give) troops to an unassigned fief
-- if player assigns an unassigned fief to him/herself/husband all garrisoned units >31 will be disbanded
- with horse archers AI enabled: if horse is killed, raider may stuck in attack animation; thanks to Vetrogor
- slider on the ally/enemy part of the troop ratio bar should be displayed properly (reverted changes)


GAMEPLAY
- rune weapons:
-- Large Pouch of Diamonds for mine location (was Qualis Gem)
-- one Qualis Gem and one Gold Bar for "strange" item
-- one Qualis Gem and Large Pouch of Diamonds for enhanced item (were 2 Qualis Gems)
- garrison left by NPCs (only if they don't belong to the faction of which player is the king) in a just taken fief is configurable in CAMP -> POP OPTIONS; NOTE: the world balance was NOT tested with values different than DEFAULT
- Eyegrim the Devourer - every 25 hours:
-- if he is not with his army ("dead"), he will be summoned back
-- he will convert 100% alive party members and 25% prisoners from each stack in to his undead roster (remaining alive prisoners will be kept for the next time); unit level:
--- > 30 become Fallen Warrior
--- > 26-30 - Fallen Veteran
--- > 15-25 - Fallen Footman
--- < 15 - Fallen
- all bandits lairs - larger variety of enemy units will spawn (2 -> 5 types; e.g. chance that 15 Snake Cult Armsmen spawn at the same moment was greatly reduced); soldiers that have a chance to spawn (high tier ones have much less chance; leaders not listed):
-- sea_raider_lair: Vanskerry Marauder, Vanskerry Raider, Vanskerry Warrior, Vanskerry Jarl
-- forest_bandit_lair: Brigand, Heretic Minion, Heretic Worshiper, Heretic Magnus
-- mountain_bandit_lair: Mystmountain Raider, Mystmountain Warrior, Mystmountain Shaman, Bearclaw Berserker
-- snake_bandit_lair: Snake Cult Follower, Snake Cult Armsman, Cobra Warrior, Anaconda Knight
-- steppe_bandit_lair: D'Shar Bandit, D'Shar Outlaw Chieftain, D'Shar Deathwind Savaran, Omen Seeker
-- looter_lair: Robber, Bandit, Highwayman, Rogue Blackheart Knight
-- treasure_lair: Red Brotherhood Thief, Red Brotherhood Guildsman, Outlaw Knight of the Boar, Rogue Blackheart Knight
- changed skill "Tracking" to "Tracking and Hunting" - additional bonus: each 3 points reduce food consumption by 15%
- added new quests:
-- "The Old Tale (part 1)" - no time limit, no level limit, can be started by talking to a peculiar scholar
-- optional "The Old Tale (part 2)" - no time limit, no level limit (will yield immense and useful rewards by the conclusion of everything)
-- "Barding" - no time limit, no level limit, started by talking to a newly hired blacksmith (you will know)


OTHER
- up to date Chinese translation thanks to: Tiberivs, Mario, S1 and Latis
- changed pre_battle lords' pictures (POP used Warband's ones)
- typos 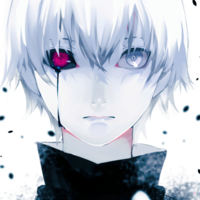 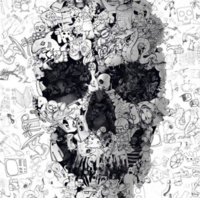