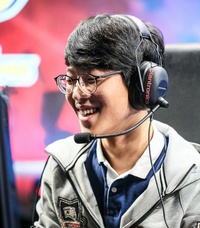 _________________
Sir William, the valiant, very boldly and bravely charged the enemy like a man devoid of sense and discretion, on horseback, lance couched. After breaking his lance, like a man full of great hardihood he rushed upon them, with drawn sword. They slew his horse under him, but Sir William Felton defended himself stoutly on foot, like a lion-hearted man; albeit his defence availed him little, for he was slain. God have mercy on him.
Contenido patrocinado